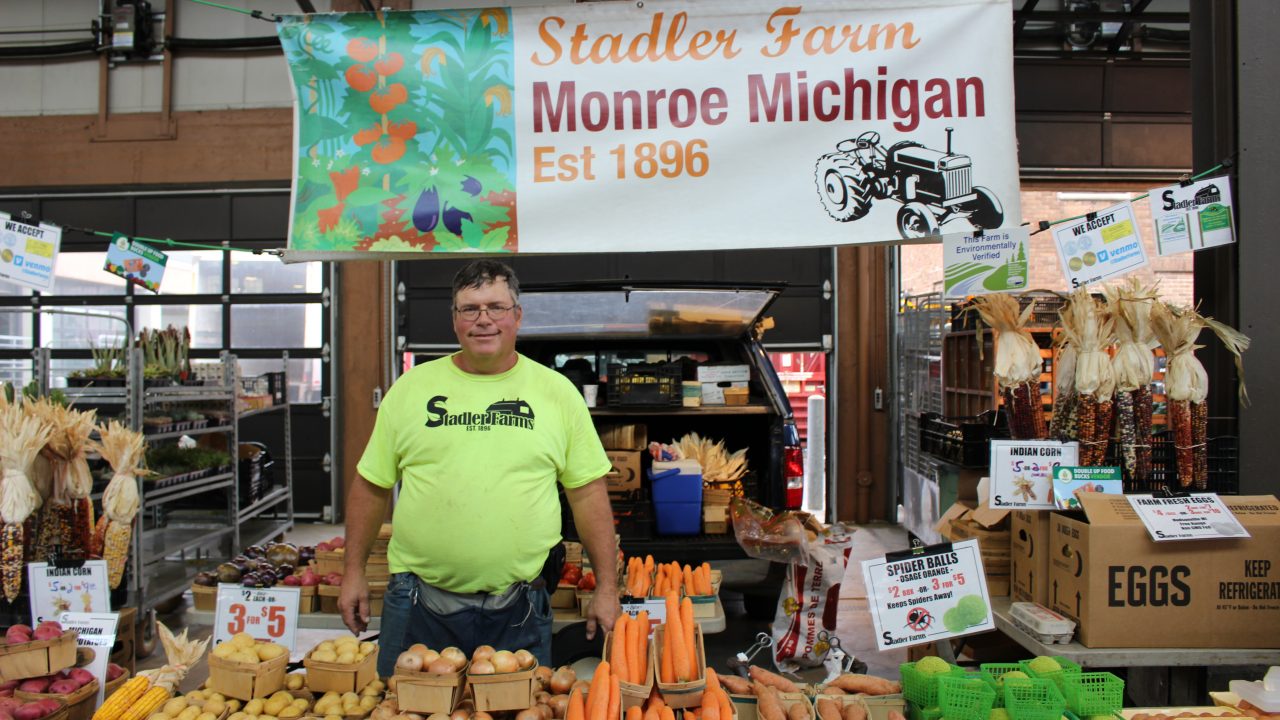 Ron Stadler’s family has been farming since 1896. He’s proud to carry on the family farming tradition and does what he can to care for his land so it stays healthy and productive.

Ron earned his first MAEAP recognition in March 2019 in the Cropping category. Although he was initially hesitant, his local MAEAP tech won him over and convinced him to give the program a chance.

“The local MAEAP tech took his time explaining things to me and wasn’t pushy, which I appreciated. Working with nice folks like him made the decision to participate even easier,” says Ron.

Ron was pleasantly surprised to see how easy the MAEAP process was. Now, he’s eager to share his experience with other farmers.

“I tell folks not to fear MAEAP,” says Ron. “It’s not a policing organization. The local techs will go out of their way to work with you. It’s easy and doesn’t cost anything, just time.”

Ron proudly displays his MAEAP sign at the produce booth he runs in Detroit’s Eastern Market. It gives his customers confidence that he is using good farming practices and doing things the right way.

“MAEAP encouraged me to stop and think about my farming practices,” says Ron. “It’s a good program to have. And they give you a nice sign too!”