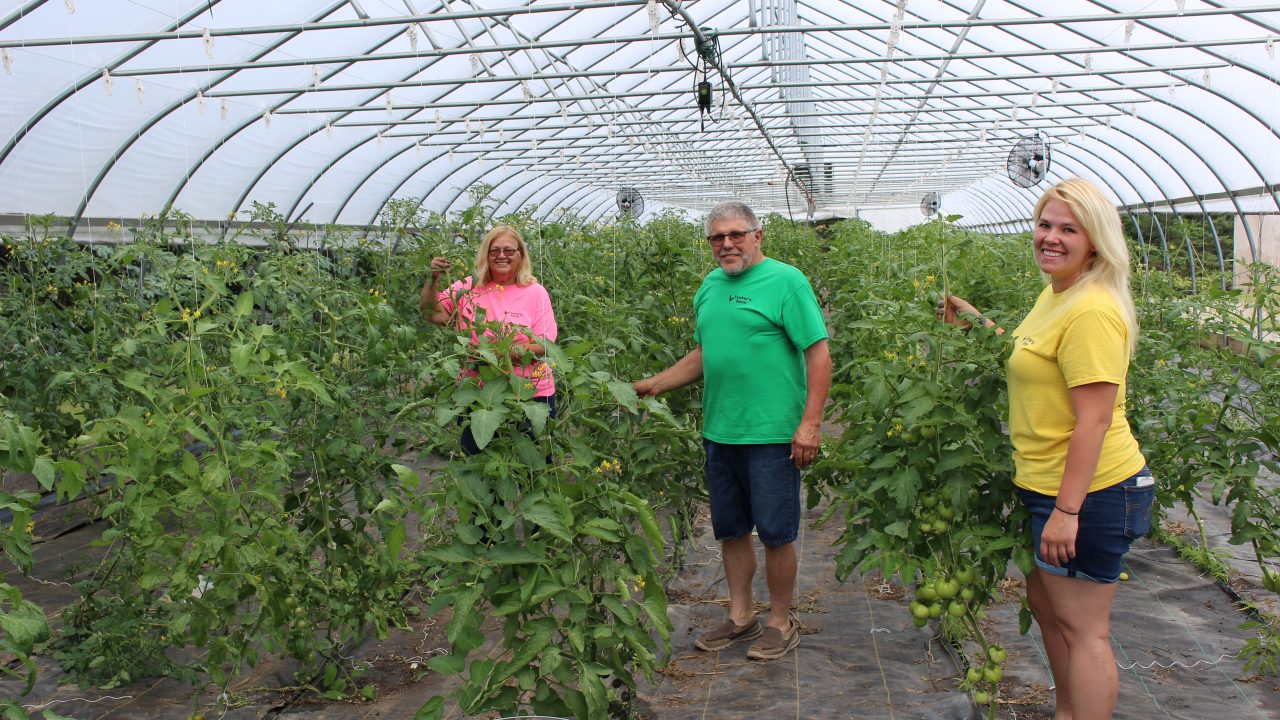 Bob Potter and his wife Sandy are keeping a family tradition alive at Tuckers Farm, a vegetable farm started by Sandy’s grandparents in 1919. They take pride in their farm and doing what they can to reduce their impact on the land. That’s why they participate in the Michigan Agriculture Environmental Assurance Program (MAEAP). A voluntary program, MAEAP helps Michigan farmers adopt cost-effective practices that reduce erosion and runoff into ponds, streams, and rivers.

Bob learned about MAEAP from a display at a state extension office. The MAEAP tech put Bob at ease and convinced him to give the program a go.

“Our MAEAP tech helped us out quite a bit,” says Bob. “We made some changes, but none were too difficult or expensive.”

Bob earned his first MAEAP recognition in 2011 in the Farmstead and Cropping categories. He and Sandy proudly display their MAEAP sign at the farmers market and beside their roadside stand.

“Customers buy from us specifically because we are MAEAP verified,” says Bob. “They recognize that MAEAP makes sense and are happy to see we are doing our part to be good stewards of the land.”

Bob urges farmers who are on the fence about the program to speak with a MAEAP tech.

“Step through the checklist and find out where your farm stands. If you decide not to go through with it, that checklist stays with you and the farm,” says Bob. “But hopefully, the experience will convince you that MAEAP really isn’t as tough as you initially thought.”