Since 2010, MACD has selected two exceptional technicians for the Verification Award and the MAEAP Technical Assistance Award to recognize them for going above and beyond for MAEAP and their commitment to conservation in Michigan. MAEAP is a voluntary environmental program that works individually with producers to identify and reduce environmental risks on farms that could result in groundwater or surface water contamination. Producers work with their local technicians, who are employed by conservation districts, to identify steps they can take to reduce nutrient runoff from their land.

“Andrea and Symon deserve these recognitions for their outstanding work. Conservation District technicians play an integral role in helping producers implement conservation practices on their farms,” said Dan Moilanen, Executive Director of MACD. “Their technical assistance has been vital to building a legacy of sustainability in agriculture and natural resource conservation.”

Symon Cronk, of the Newaygo Conservation District, received the Verification Award, which recognizes the technician who has the most verifications and has gone above and beyond the duties of a technician. Symon serves farmers in Newaygo and Muskegon counties and has been a technician for two years. He has 21 new verifications and 12 re-verifications, 182 risk reductions, and 30 assessments. Symon worked with 11,360 acres of nutrient management plans and has completed many large acreages and impactful Forest, Wetlands, and Habitat verifications in his service area. Symon has great communication skills, an engaging personality, and is always willing to help landowners with potential natural resource concerns.  Symon is a team player and likes to collaborate with others to get conservation on the ground. He is constantly making connections. He is a critical part of the conservation community to the producers and landowners he serves.

Andrea Wendt, of the Shiawassee Conservation District, received the MAEAP Technical Assistance Award, which recognizes an individual who has shown exceptional service to landowners and farmers. Andrea serves farmers in Shiawassee and Livingston Counties and has been with the district in multiple roles for over 15 years and has served as the MAEAP technician for the last two years. She has 36 verifications, 281 risk reductions, and 63 assessments.  Andrea worked with 13,690 acres of nutrient management plans. Andrea, along with the entire Shiawassee Conservation District staff, work together with one goal in mind and that is to connect with producers to get needed conservation on the ground. Andrea has gone above and beyond to connect with producers even during the challenges of the COVID-19 pandemic. Andrea and District staff have continued to maintain a great relationship with producers while keeping them involved in the MAEAP program.

For more information about the Michigan Association of Conservation Districts, visit www.macd.org.

link to release in MACD news 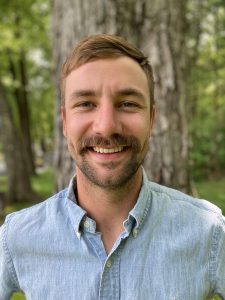 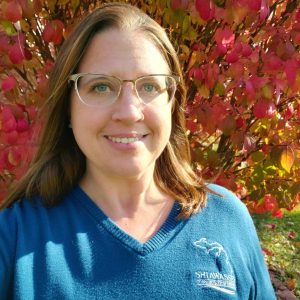